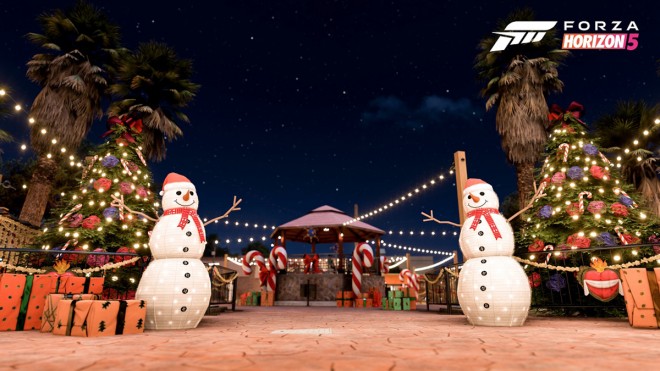 On Dec. 7, we released a fix to tackle the “soft lock” issue which caused Xbox Series X|S players to get stuck with an infinite spinner when saving data. Today’s new hotfix goes further and addresses the root cause of the problem. Xbox Series X|S players may have occasionally encountered issues with streaming and soft locks when loading into events, which are now resolved.

We’ve also addressed other stability issues, including a top reported crash that was introduced with Series 2.

A top priority for the team is working on a fix for Convoys and disappearing players. We are continuing to investigate your reports and have identified and addressed one issue that would cause some players to become invisible to other players. Further work is ongoing in this area to improve the experience.

Improvements have been made to server bandwidth to ensure a better experience in multiplayer game modes like The Eliminator.

We’ve included a fix for civilian traffic not being present in Horizon Life. However, we know there is more work to do in this area. We have identified a further issue where players might see no civilian traffic after taking part in multiplayer events, and an issue where some players may see no traffic until changing car or fast travelling. These are being worked on and will be addressed in a future update.

We have enhanced the overall stability of our servers across the entire experience, and we have also identified and fixed an issue that sometimes prevented players from joining another player’s server when attempting to initiate a Convoy.

With the holidays rapidly approaching, our team is looking forward to spending some time with family and friends and hope you are doing the same. For us, this means a short pause on our ongoing development and fixes, yet rest assured, in the new year we will continue to deliver further improvements to Forza Horizon 5.

For example, we're aware that a number of players have experienced challenges on the Festival Playlist which they've not been able to complete. This can be frustrating to miss out on rewards or to not have that 100% completion. We're looking into a solution for players who have experienced the issue.